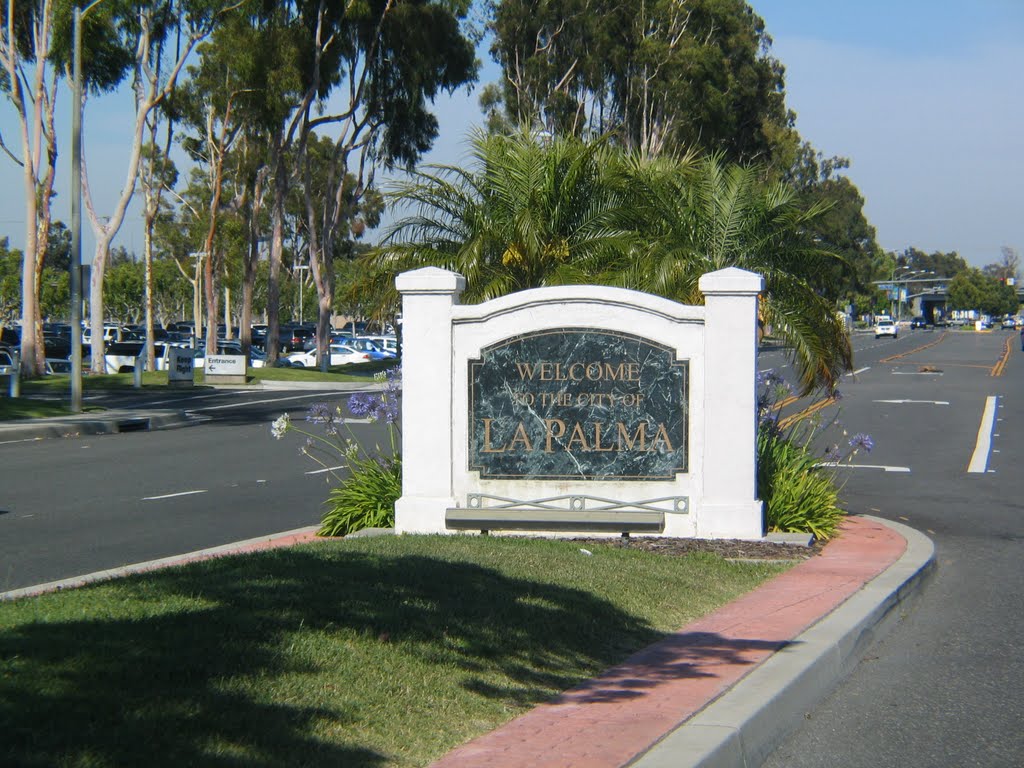 La Palma is a city located in northern Orange County, California. Incorporated on October 26, 1955, the population was 15,408 at the 2000 census. It was originally incorporated as Dairyland, and was one of three dairy cities in the region (the other two being Dairy Valley in Cerritos and Dairy City in Cypress) but when the dairies moved east in 1965, its name was changed to La Palma, after the region’s Spanish heritage and its main thoroughfare, La Palma Avenue. La Palma was listed in 2007 as the 16th best place to live among small cities (50,000 or less) in the United States by Money Magazine. The telephone area code for La Palma is primarily 714 with a small portion of the city in the area code 562 (bordering Cerritos). The postal ZIP code is 90623.